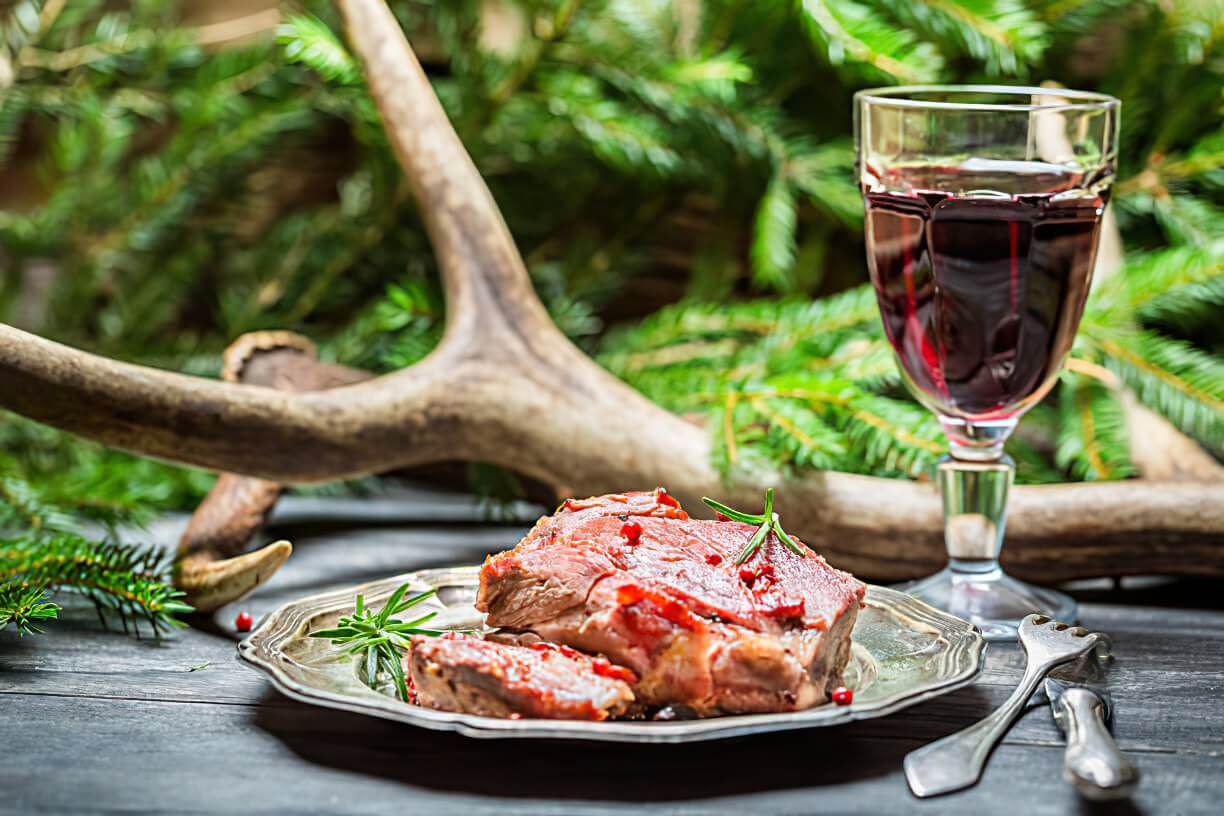 This red-wine roast venison recipe is one of my favorites I’ve made recently. It was adapted from a Barolo (a red wine from Northern Italy) beef recipe I found in the great cookbook “Trattoria” by Patricia Wells. I recommend that book for a lot of recipes in there as well, so check it out. I thought this one would adapt to venison well because it uses red wine to slowly roast/braise the meat which tenderizes it beautifully and leaves you with a flavorful sauce to drizzle over the meat and accompaniments (I really love this over a bed of buttered pasta as pictured above). By the way, I guess this is technically a braised venison recipe, although it could be roasted in an oven instead of simmered on the stovetop if you prefer. This recipe does take some time, but it is worth it. In fact, make it ahead, like many stews and roasts, the flavors continue to come together and this roast venison is even better the next day!

You could use any number of different venison cuts for this roast venison recipe but I’d reserve the naturally tender cuts (tenderloin & backstraps, in particular) for faster cooking recipes that are served medium rare. This dish is really designed for tougher cuts that benefit from the low, slow wet cooking in wine that does a beautiful job tenderizing the meat. Suggestions for cuts can be found below where I list the ingredients.

How to Cook The Roast Venison

That’s it! As I mentioned above, this is good served with other sides, which can also get a drizzle of the flavorful juices. Above, I served it with pasta tossed with butter and fresh rosemary. Alternatively, you could serve over rice, with slices of polenta, alongside steamed vegetables, whatever!