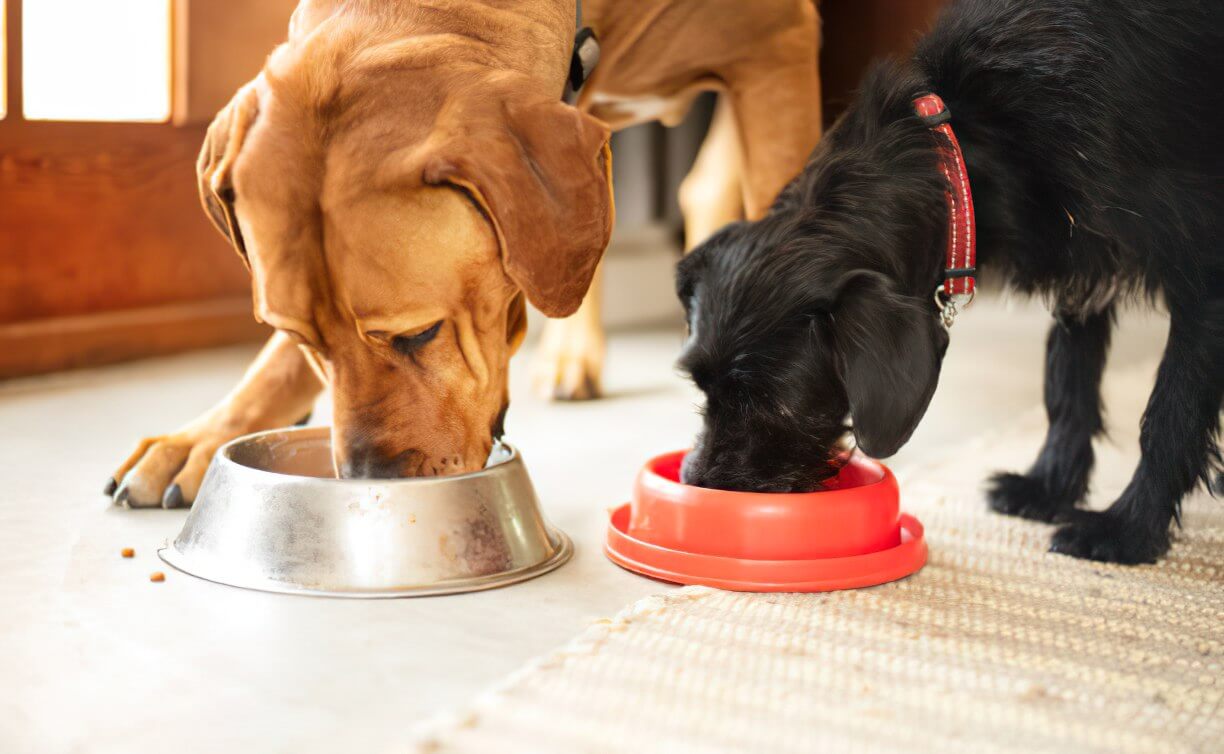 Venison dog food (or cat food for that matter) is a nutritious way to feed your favorite friends. And they LOVE the taste! That’s why you need a Venison Dog Food Recipe ready to make. Your furry friends will be begging you to be fed more often than usual if you make some of this for them.

No, I’m not talking about the kind you buy in a can at the pet food store. Yes, many brands make dog and/or cat food flavors that include at least some venison. But forget about that highly processed, factory-made stuff. I’m talking about making your own from natural, free-range deer meat.

Before you go yelling at me that there is no way you’re going to waste perfectly good venison after your latest hunting success when it could go on the family table, I’m not talking about taking anything significant out of the mouths of your family and loved ones. You probably don’t even realize it but you probably waste a lot of good parts of the deer and it goes right into the trash. Don’t waste one bit! With a little extra work you can make the most of your kill and save money too by feeding your pets for free for a few weeks. And your pets will love you for it. And here is an extra bonus… in the process, you can make some delicious venison stock for your own enjoyment during the process!

What meat can I use to make venison dog food?

Generally, when processing a deer, people focus first on the nice big cuts of lean meat, starting with the tender ones like the tenderloins and beautiful backstraps. No, I’m not suggesting throwing those to Fido! After that, other tougher and more sinewy meats are usually either chopped into chunks for stew meat or ground up for burgers or sausage.

However, while processing all that good meat, there are often a hefty dose of extra scraps that are tossed aside because they are too fatty or sinewy (filled with tough, stringy connective tissues). I do encourage you to do a good trimming job to try to get as much of the sinew-free, lean meat separated for grinding or stew meat (if in bigger chunks). However, even after all that work, you usually end up with a big pile of meats and sinew that are not really all that desirable for human consumption. If you don’t have a lot, you might have more work to do. Go back to all those bones and fatty parts and go through them with a sharp knife, scraping off any last little bits of meats from all the nooks and crannies of the bones. There is a lot around the ribs and skull, around the pelvis and leg bones, the back bones after removing the backstraps, etc. While you are at it, keep and separate out any dense pure fat from the deer your process. There is a bunch in front of the intestines (caul fat or omentum fat), towards the back of the abdomen around the kidneys (similar to the leaf lard found in pigs), and under the skin of the back, especially down towards the lower back and pelvis area. While venison fat isn’t great for eating, it can be rendered to make venison tallow which can be used to make tallow candles, used as suet to make bird treats and more.

Now, some of you are probably saying “Most of that stuff is perfectly fine for the grinder!” and I won’t argue with you. Ground up and cooked well some of these bits can be eaten by humans. However, they are far from the most choice cuts and are often more trouble than they are worth. If you’ve ever tried grinding up several pounds of very sinewy, fatty meat then you know it gums up your grinder every few seconds and you need to take it apart and clean it out. For me, I like to get the best cuts I can for me and my family, and not fight it with those crappy parts.

Now, some of you animal loves are saying “Why would I feed that stuff to my dog? He’ll probably choke on it. If it isn’t good enough for me then why is it good enough for him/her?” But wait! You haven’t heard the good part yet! When you are done with this venison dog food it will be tender and delicious, even better than his favorite soft food.

Once you have a big pile of scraps (the amount will vary depending on how picky you were in separating out your own portions of meat, the size of your animal and such but I’ve had as much as a few gallon ziplocs full!), put a bunch in a large pot. Cover the scraps with water at least an inch or more over the top of the meat and heat. Do not add anything else at this point, just the meat and water.

Stirring occasionally, you want to let that meat simmer a long time. In total it will take at least 4 hours but sometimes even more like 6 to 8 hours of gentle simmering to get that meat to really start to tenderize and fall apart. Eventually, the meat will start to turn mushy and the water will start to evaporate. Once it is very tender, simply transfer the meat to a food processor or high speed blender and process until it is the consistency of soft venison dog food, reserving excess water in the pot. You can add this water as needed to soften the consistency of the food until it is too your liking. Chill and store in mason jars or ziplocs in the fridge until use.

Did you mention getting venison stock out of this venison dog food recipe? How do I do that?

When I make this type of venison dog food recipe, I add a step to what I mentioned above. After about 2 to 3 hours of simmering the meat, I strain the meat through a fine-mesh sieve, reserving the liquid. The liquid portion, full of great, rich venison flavor and aroma, I add to a different pot, de-fat it, and add vegetables and seasonings to make a venison stock. Don’t skip the de-fatting step. Venison fat isn’t that tasty (at least for humans) and you may end up with quite a thick layer of melted fat on the surface of the liquid, especially if the meat pieces you used were very fatty. Either skim the fat off the surface with a ladle and add back to the dog food portion or use a de-fatting cup to separate it.

You can go by your own stock recipe but generally I add chopped onions, celery, carrots, bay leaves, a bit of salt and pepper and maybe a few herbs (thyme is a favorite). I bring this back to a simmer and cook another hour or 2, reducing it to my desired level of concentration and richness. Then I freeze it in 2 to 4 cup portions in quart ziploc bags, well labelled for future use in stews, soups, gravies, sauces, etc.

The meat portion left over I simply add a bit more water and continue simmering as above until it is fall-apart tender and then process as previously described to make your venison dog food (or cat food, they love it too!).