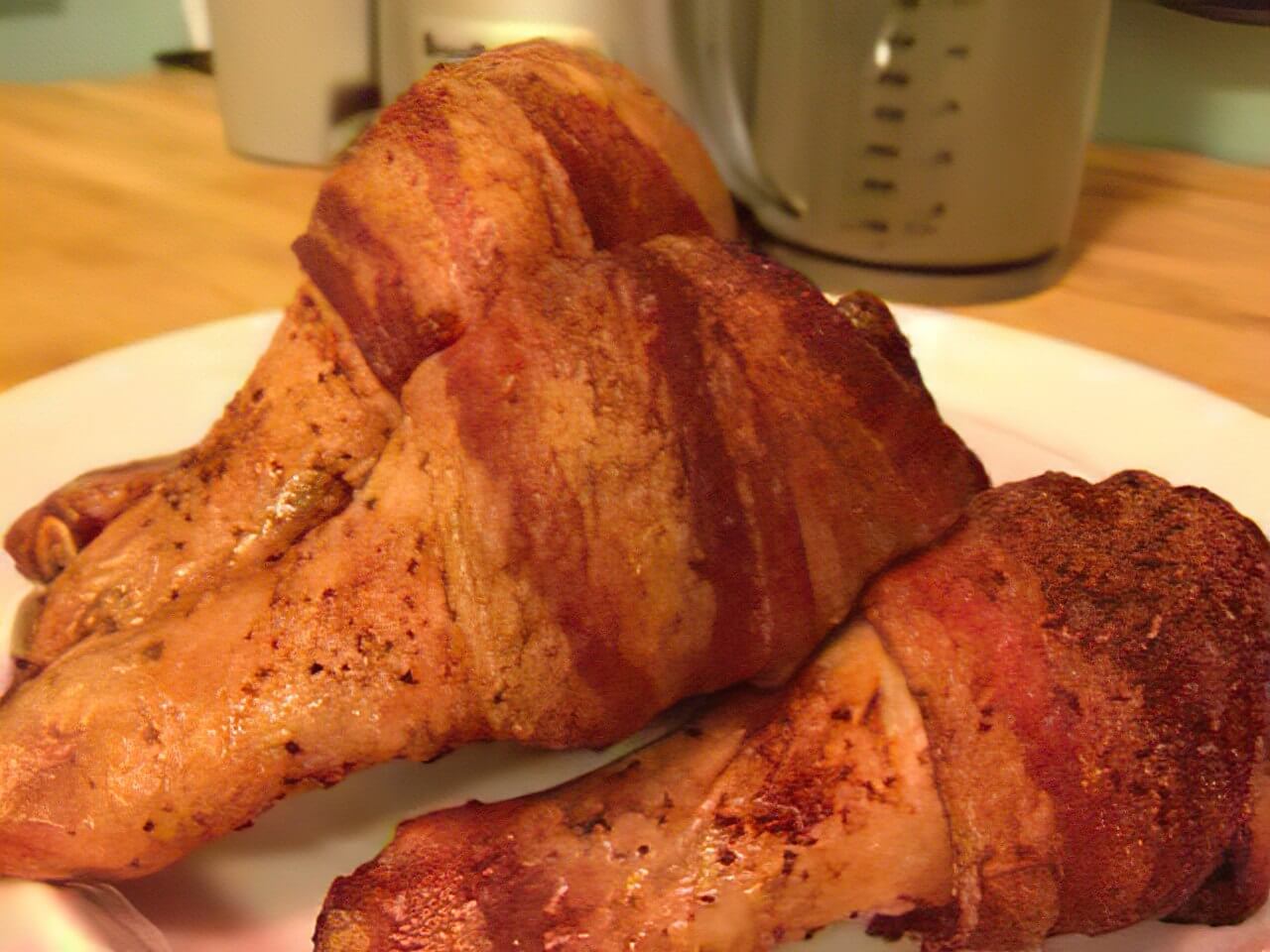 How can’t bacon-wrapped grilled chicken drumsticks be good? One of my good friends says that he’d eat a poop if it was wrapped in bacon! However, you don’t have to suffer like that, you can have it all good. This recipe is easy and delicious.

I made this recipe up the other day when I had some drumsticks and bacon but no plan. I just thought I’d make a spice rub, wrap it up and grill it. I’ve done similar before, but with more herbs, less spices. I really like the spiced version, it really accents the smokey saltiness of the bacon. My wife simply said “These are the best drumsticks I’ve ever had.” That was enough for me, I decided to post it.

How to cook the grilled chicken drumsticks:

That’s basically it! Once they are done to your liking, simply take them off gently and let them rest under foil for 5-10 minutes before serving with your favorite side (such as bacon-wrapped asparagus!).