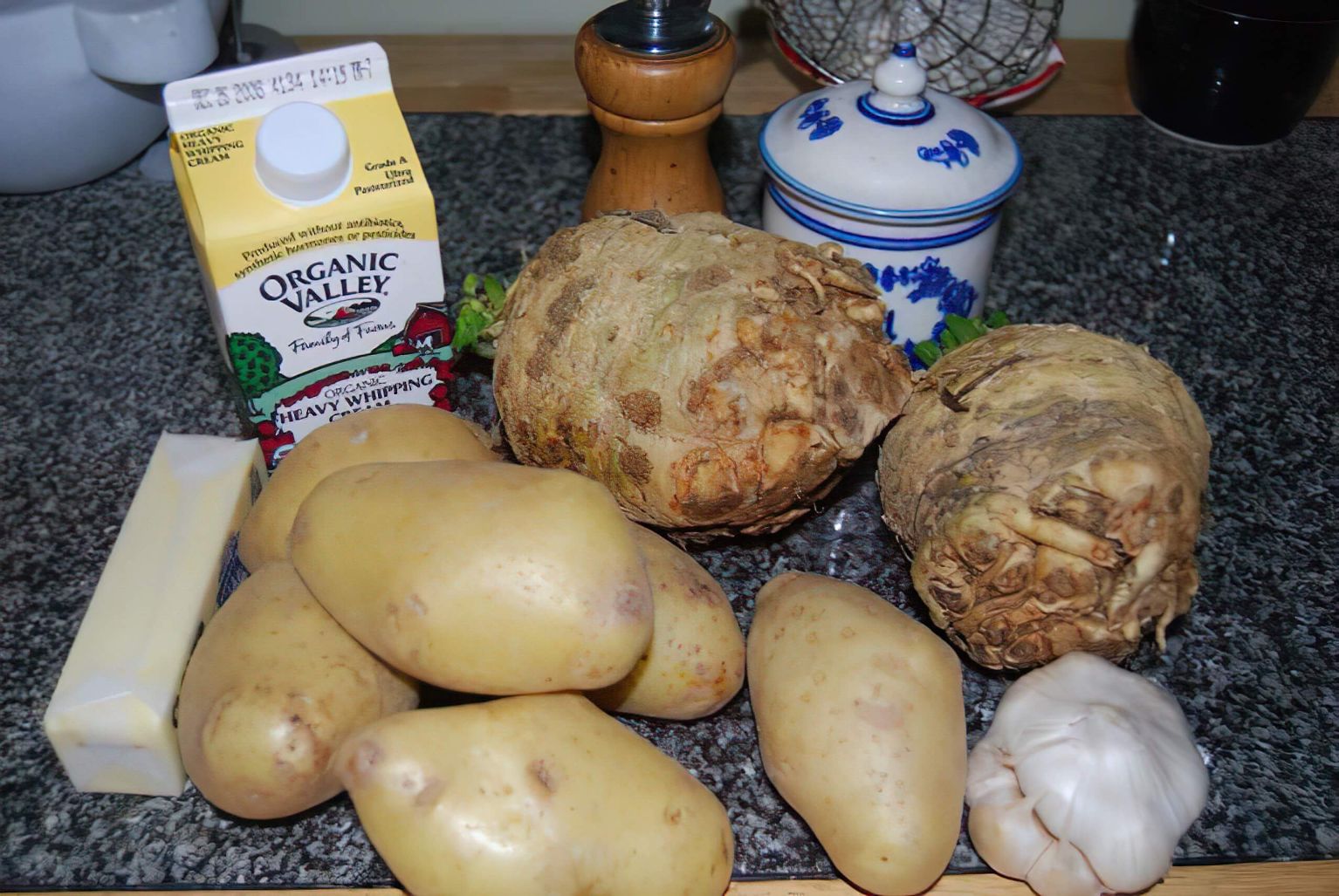 This mashed potatoes recipe is a bit more. It goes a bit above and beyond the call of duty. Everyone, almost, knows how to make plain ol’ mashed potatoes. And everyone has had them so many times that they get a bit boring. This recipe adds some rustic French gourmet flair to those old potatoes and lots of rich aromatic flavor. In the south of France, veggies are often served as gratins. No, gratin doesn’t necessarily mean just potatoes with melted cheese on them, it means any vegetable dish roasted in a shallow casserole dish called a gratin, adding a nicely browned, crusty top to your tender vegetable dish.

There are dozens of types of gratin dishes. This one is a take on the mashed potatoes recipe but with some celeriac (celery root) added in for complexity and aroma and then baked in a dish to complete the gratin. It only takes a couple of extra steps from old-fashioned basic mashed potatoes recipes but adds a whole dimension of flavor and aroma, creamy and rich but with a nice crusty top.

How to Cook this Mashed Potatoes Recipe