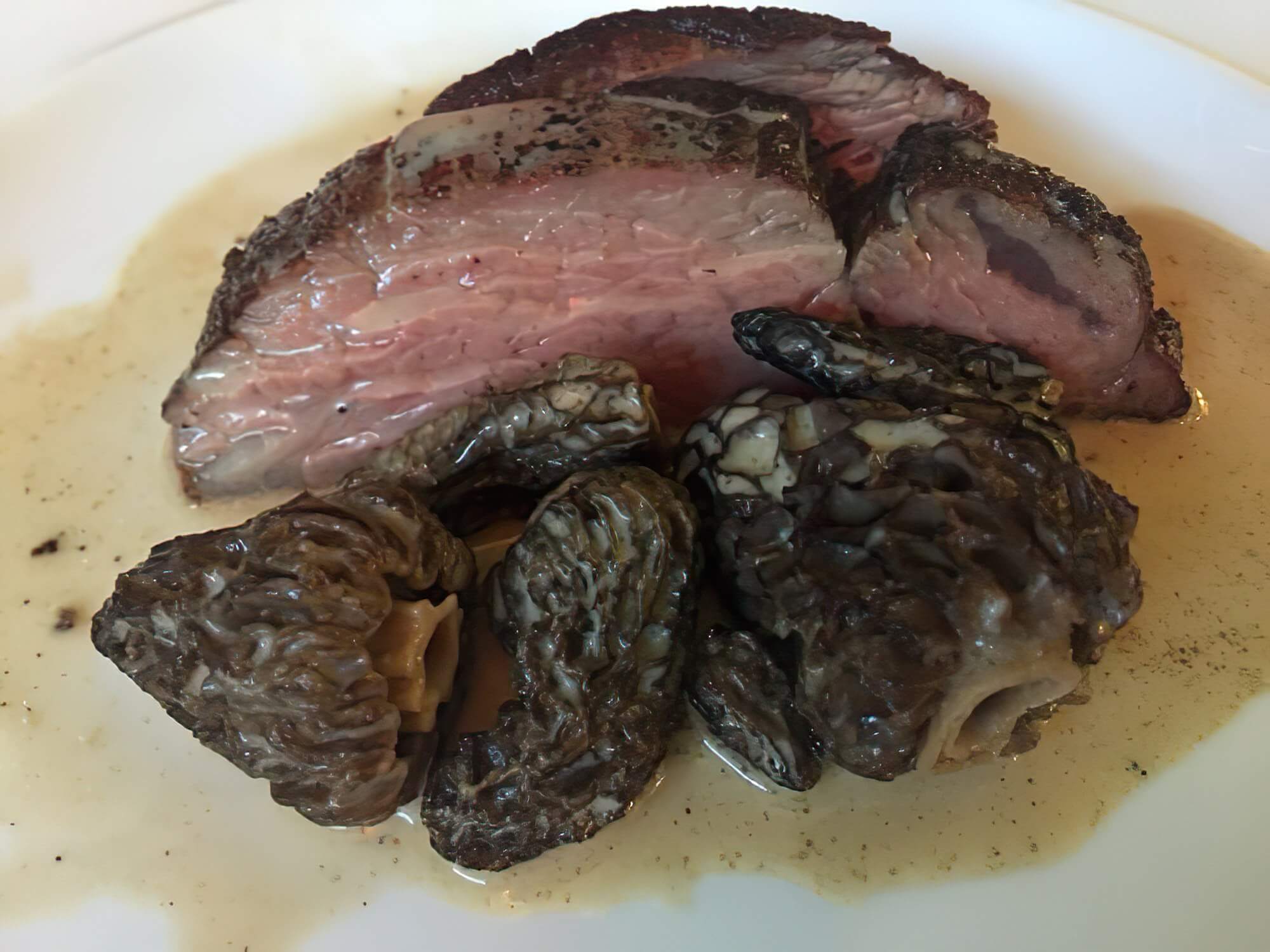 Just recently I came up with this steak and mushrooms recipe from scratch. I had a few beautiful prime beef filet tails that I got from Flannery Beef and was scratching my head thinking about what I should do with them. I remembered that I had a nice little stash of dried morel mushrooms that I could use. Steak and mushrooms really go well together so this seemed like an obvious match. I really love morel mushrooms and they work well with creamy sauces like the Dutch Oven Chicken Recipe I’ve made in my fireplace here. I thought I’d do something similar but with beef.

You really could do the same thing with fresh morel mushrooms but I like how this turned out with the dried ones. I think they really add something because you can use the soaking liquid in the sauce which really adds another level of intensity of mushroom aroma and flavor to the dish, highlighting the meaty flavors nicely. This is definitely a maxed-out umami dish!

How to make this Steak and Mushrooms recipe:

That’s it! Serve up immediately with whatever side you prefer, such as grilled veggies, rice or noodles.

I hope you enjoy this steak and mushrooms recipe!