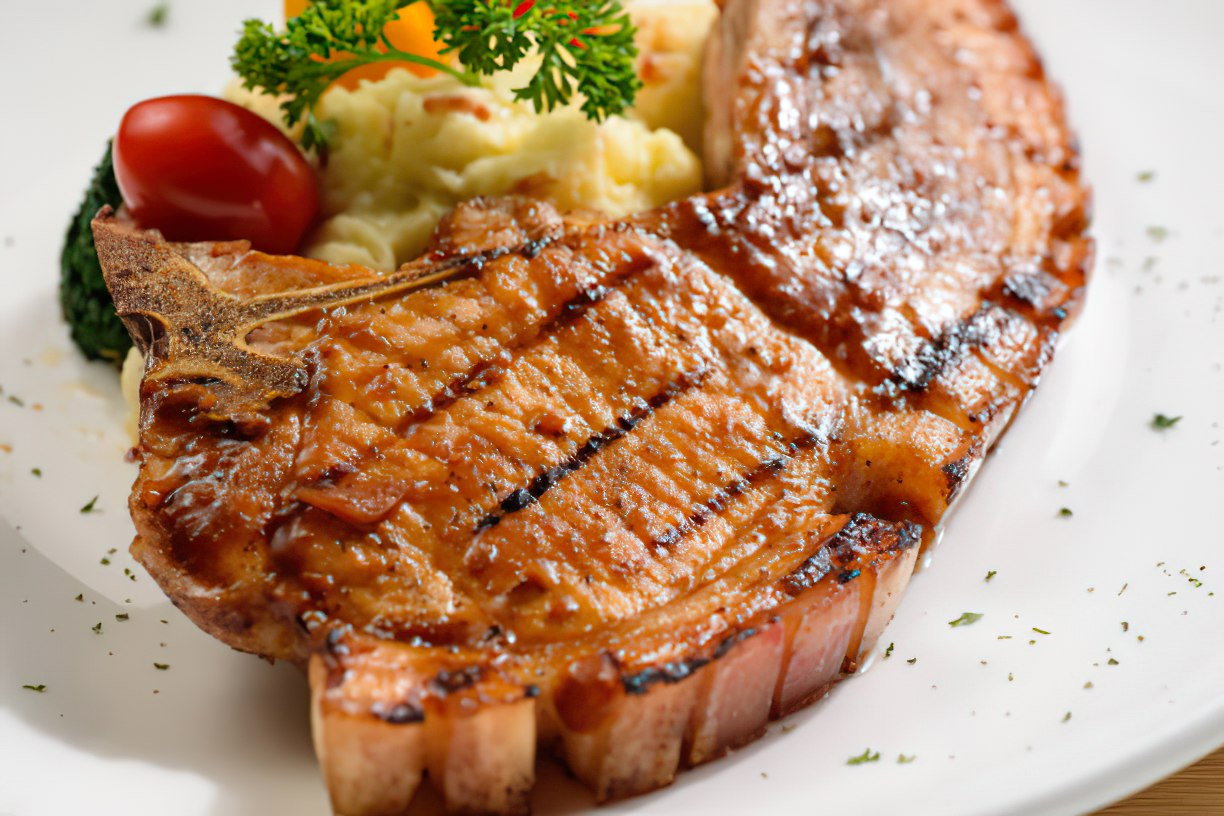 This Cuban Mojo Brined Grilled Pork Chops recipe is delicious. I don’t remember where I first saw it but I’ve liked it ever since and tweaked it a bit. Mojo is a sauce or marinade from Cuba and these chops bring a bit of that Cuba flair and personality to your pork chops. Mojo usually has sour oranges as a key part of the flavor. Real sour oranges are rarely available in most places in the US, but you can substitute regular oranges and lime for tartness.

As you probably know, I love bringing pork. The salt and other flavors really bring out the best of the pork and keep the meat juicy. The brining in this grilled pork chops recipe also adds the sour orange flavors which are accented later by a delicious spice rub that is put on just before grilling. Serve these delicious grilled pork chops along with other Cuban specialties such as garlicky rice & beans and maduros (sweet sautéed plantains).

That’s it! Serve up this grilled pork chops recipe alongside anything you like. But as I said earlier, this has a very Cuban flavor and goes great with other Cuban classics like Maduros and black beans and rice. The beans can be simply cooked in their own liquid with minced garlic, cumin, a bit of cayenne and salt or chicken stock to taste.